25 Years Of Defined Experience
And Management 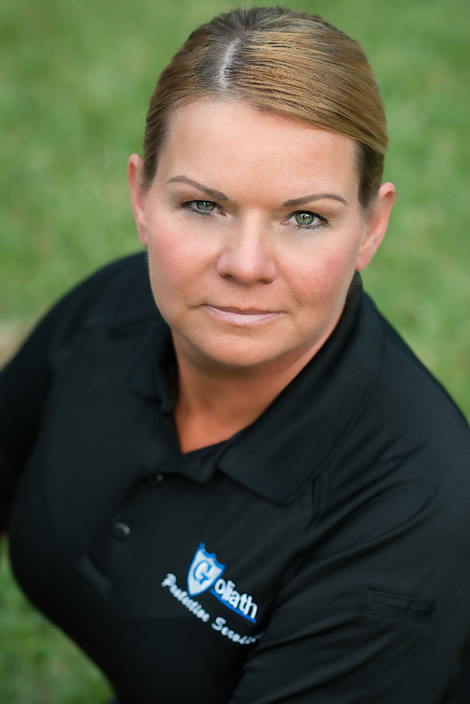 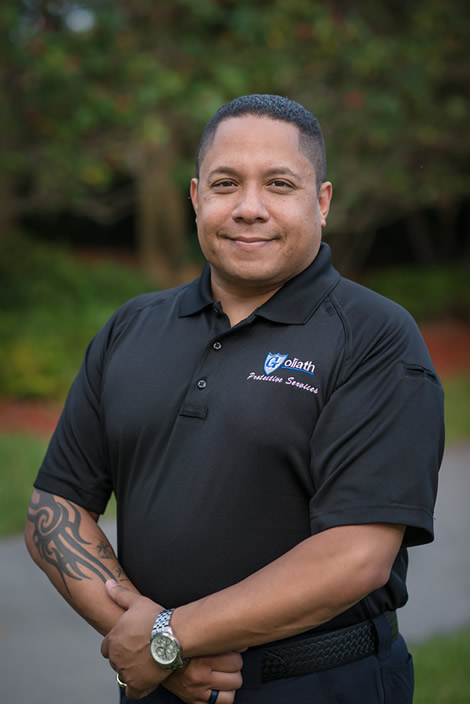 A combined experience of Law Enforcement Leadership, Correctional Officer and Security Management of International and State Level Facilities and Business. Proven ability to correct your present security concerns, implement new approaches, and convert your loss and liabilities caused by lack of risk management.

OUR Goal is to provide a BIGGER SOLUTION to our customer’s security needs with value, ethics, and professionalism! To Protect and provide a HIGHER QUALITY Protection Officer that will not only OBSERVE and REPORT, but to change the industries reputation to feel that our officer’s RESPOND, OBSERVE, ACT & REPORT method is solution!

We are a faith based company that strives on overcoming the impossible. Our competitors are the “BIG GUYS” and we are the underdog. Goliath is known as the confident competitor!

We take your Giant by facing it with BIGGER Security Solutions

Monica Rendon was born and raised in Michigan by hardworking parents that instilled not only good family morals, but unstoppable work ethics. She attended South University and the Palm Beach State College with studies in Paralegal and Law Enforcement, earning a degree in Criminal Justice. In 1991 she began working at Palm Beach County Sheriff’s Office as a 911 dispatcher. Her ambition prompted her to pursue the Correctional Officer training. Once completed, she worked in the county jail with inmate populations of misdemeanor, felony, and federal crimes.

In 1998 she became dual certified as a Law Enforcement Deputy. In 2000, she began her journey as a Law Enforcement Officer with the City of Palm Beach Gardens, FL. During this time she responded to several different calls for service including: Dignitary details, Celebrity details, and residential patrols; in which protecting and serving the citizens who lived and passed through her community was a top priority. She also became CJSTC State of Florida trained to conduct field training with the promotion of Corporal, OIC Officer in Charge and studied and qualified for the Sergeant exam.

Early in 2003, she married her husband, David Rendon and moved to a suburban area of West Palm Beach, FL. Monica and David both share love and passion for the law enforcement career. She completed her career with 15 years of service before moving on to private business ventures. She made the decision to establish a privatized corner of the industry that she not only managed, but knew very well. Combining the life and career experiences of both her and her husband, they devised a plan and Goliath was born!

Goliath was established on a religious perspective of overcoming obstacles that life has thrown in their direction. It was the “GIANT” that was overcame by creating a solution in the Security and Protection Industries approach to service. This was done by incorporating life time management skills into what had become a very passive industry. Because of Goliath’s successful intervention in crime prevention and public service, she has become an independent entrepreneur, CEO and Owner of the company that operates in multiple states and has also become highly recommended because of the high services and outcomes provided. Goliath finds passion in training, deploying and retaining qualified officers. Monica is the first woman to head a Protection agency with the mission to improve the perception of a professional and parallel first responder.

Her theory to act and not be “just” an observer has thrown Goliath over the top and resulted in her success!

I want to give a shout out to my Resident Services Team: Natashia, Nour, Marlene, Kimberly, and Gloria, they are killing it with exceptional customer service!! Also, Goliath Protective Services for their amazing work helping our Residents feel secure and doing everything from taking out the elderly’s trash to helping put up shutters during the hurricane prep! They’re more than just a security team to us, they are a huge part of the Family! We wouldn’t have this awesome review without this team of people who genuinely care for the residents!

I have been a resident for nearly a year, and upon moving in I felt regret. I did not feel this was a safe community which was a big reason we moved here since we have two children. The improvement Portofino has made in comparison to last year is HUGE. There is now security on the grounds in addition to the gates. The management also keeps residents updated on property events and issues via email. I’ve also noticed (and enjoyed) the events they’ve been holding. They’ve had Zumba, Wine Down where they serve of age residents wine by the pool, there another pool party a couple months ago with hot dogs and beverages. I’ve had to contact management with some questions and they were very prompt with their response back. The grounds are also keep in great condition. I enjoy our unit, and I appreciate so much the improvements made in Portofino. I went from feeling regret to enjoying our residence.